One night’s lost sleep – What are the repercussions?

Care to ComfortSleepOne night’s lost sleep – What are the repercussions?

One night’s lost sleep – What are the repercussions? 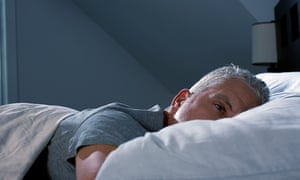 We’ve all known people at work who are persistently rude, obstructive and selfish. It’s estimated that these workers with counterproductive behaviours cost the US economy $200bn a year. Now Laura Giurge at Erasmus University Rotterdam thinks she has discovered such negative behaviours can be caused by just one night’s lost sleep.

Whatever the initial cause of counterproductive behaviours at work, “a night of poor sleep can make it harder for someone to stop doing it,” Giurge has said. Poor sleep seems to trigger these behaviours again the next day, similar to addiction’s negative feedback loop. Giurge found the day after a bad night’s sleep workers showed negative workplace attitudes and lower self-regulation.

Lack of sleep can impact on work, social skills and performance. In other research, sleep deprivation has been shown to reduce cognitive and emotional functioning generally, leading to worse performance, decision-making, communication, and empathy with others. Emotionally, the sleep-deprived have increased feelings of tiredness, irritability, mood changes, frustration and risk-taking behaviours.

Click here to see our collection of Adjustable Beds

Leave a reply Click here to cancel the reply

Why Does Your Body Twitch As You’re Falling Asleep?

This expert has a dire warning about not getting enough sleep

Majority of Irish adults get less than recommended sleep

Due to Covid-19 our showroom is temporarily closed